Abstract: Similar to people identification through human fingerprint analysis, multimedia forensics through device fingerprint analysis has attracted great attention among scientists, practitioners and law enforcement agencies around the world in the past decade. Device information, such as model and serial number, stored in the EXIF are useful for identifying the devices responsible for the creation of the images in question. However, stored separately from the content, the metadata in the EXIF can be removed and manipulated at ease. Device fingerprints deposited in the content by the device provide a more reliable alternative to aid forensic investigations. The hardware or software of each stage in the digital image acquisition process leaves artifects in the content that can be used as device fingerprints to identify the source devices. This talk will start with a brief introduction to various types of device fingerprints, their applications and limitations. A more focused presentation on the application of sensor pattern noise, as a form of device fingerprint, to source device identification, source device verification common source inference, content authentication and source-oriented image clustering will then be delivered. 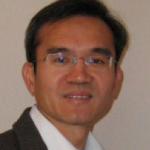 Bio: Chang-Tsun Li received the BEng degree in electrical engineering from National Defence University (NDU), Taiwan, in 1987, the MSc degree in computer science from U.S. Naval Postgraduate School, USA, in 1992, and the PhD degree in computer science from the University of Warwick, UK, in 1998. He was an associate professor of the Department of Electrical Engineering at NDU during 1998-2002 and a visiting professor of the Department of Computer Science at U.S. Naval Postgraduate School in the second half of 2001.  He was a professor of the Department of Computer Science at the University of Warwick, UK, until Dec 2016.  He is currently a professor of the School of Computing and Mathematics, and Director of Data Science Research Unit, Charles Sturt University, Australia. His research interests include multimedia forensics and security, biometrics, data mining, machine learning, data analytics, computer vision, image processing, pattern recognition, bioinformatics, and content-based image retrieval.  The outcomes of his multimedia forensics research have been translated into award-winning commercial products protected by a series of international patents and have been used by a number of police forces and courts of law around the world. He is currently Associate Editor of the EURASIP Journal of Image and Video Processing (JIVP) and Associate of Editor of IET Biometrics.  He involved in the organisation of many international conferences and workshops and also served as member of the international program committees for several international conferences.  He is also actively contributing keynote speeches and talks at various international events.

In the past 6 years, Chang-Tsun Li has been active in facilitating the cross-fertilisation of multimedia forensics and biometrics, and has secured a number of major EU funding to achieve this objective. He was the Coordinator and Principal Investigator of the international project entitled Digital Image and Video Forensics funded by the EU’s Seventh Framework Programme (FP7) 2010 to 2014. He was a Working Group Chair of the recently completed EU COST Action IC1106: Integrating Biometrics and Forensics for the Digital Age funded by European Cooperation in Science and Technology (COST) from 2012 to 2016. He is currently the Coordinator and Principal Investigator of the EU Horizon 2020 project, entitled Computer Vision Enabled Multimedia Forensics and People Identification (acronym: IDENTITY). The IDENTITY project has a consortium consisting of 16 institutions from 12 countries and will be running for four years, from January 2016 to December 2019. He is also the representative of CSU as International Partner of the EU COST Action CA16101: Multi-modal Imaging of Forensic Science Evidence – Tools for Forensic Science, 2017 to 2021.

Abstract: These last years, process digitalization in companies helped increasing productivity, efficiency and cost reduction. However, it also led to an increase of cyber-attacks and document fraud.
In this presentation, we will focus on document fraud. We will first expose the real challenges such fraud represents for companies, the different ways a fraud can happen, its evolution through time, and the different strategies to prevent it, detect it and fight against it. These strategies have three main pillars: internal organization of teams and processes, increasing employees awareness and introducing new technologies to detect fraud at an early stage. Finally, we will expose some fraud detection techniques and solutions. 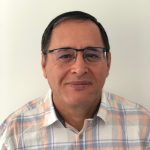 Bio: Saddok Kebairi is a researcher and project director at ITESOFT Group/YOOZ. He has more than 20 years of experience in implementing industrial document analysis and recognition solutions. He has a very deep knowledge of image processing, writing recognition and project management. He managed several collaborations between European universities and industry and pushed several techniques to production. Currently, his main focus is the fraud detection project at YOOZ